Main page > Success stories > Town-size refurbishment. How Novovolynsk modernizes its energy consumption
To replace several kilometers of heat pipelines, to close the boiler house, to fully refurbish the school. In Novovolynsk they are sure that the steps towards economical and conscious energy consumption must be large-scale ones. That is why they started their progressing to the energy future with substantial changes in their own town. Novovolynsk is one of the youngest Ukrainian towns. Next year it will celebrate its 70th anniversary. The town is obliged with its existence and rapid development to coal: a lot of mines are located in its vicinity. Partially this resource still determines its destiny. However, the authorities and community of Novovolynsk are trying to get rid of this dependence by all means. One of the ways to do this is to carry out a large-sclae energy refurbishment of the whole town and to finally switch to alternative sources of energy. – Over many years we have been constantly submitting applications for different programs, going to trainings on energy efficiency matters. We wanted to reduce energy consumption in the town, to encourage residents to go over to other solutions. We intended to construct a waste recycling plant, – tells deputy town mayor of Novovolynsk Oleksandr Hromyk. New energy standards are reached by Novovolynsk, in particular, with the support of the European Union. Seven years ago the town joined the ‘Covenant of Mayors for Climate and Energy’ program and developed its own Sustainable Energy Development Plan. Novovolynsk set an ambitious goal for itself – to reduce СО2 emission in the town by 33% and energy consumption by 1,700 MWh p.a. In 2015 Novovolynsk Town Council won an opportunity to implement its own energy-efficient project within the program ‘Covenant of Mayors – Demonstration Projects’. Due to that it managed to close an old inefficient boiler house, replace pipes of the heat pipelines in the Tsentralnyi district and refurbish the building of school No. 7. The project turned out to be one of the largest among all similar demonstration projects of the Covenant of Mayors in Ukraine. Its budget exceeded 1.15 MEUR. The contribution of Novovolynsk was 20%. Other costs were paid by the European Union.

Supported by the residents


In the southern suburbs of Novovolynsk there are two abandoned mine wastes. They were mounted as the result of mining works at one of the nine mines located here, that was closed more than 15 years ago. At the foothill of one of the mine wastes there is a large building made of red bricks. Now it also has an abandoned look.

Several years ago south-eastern microdistrict of Novovolynsk was heated from those premises. Oleksandr Hromyk says that this boiler house was purposefully erected near the mine. It was meant to work on the coal produced by the enterprise.

– This boiler house used to have the lowest efficiency factor among all the other ones in the city. When it switched from coal to natural gas, its efficiency went down several times more, – deputy town mayor of Novovolynsk explains why the city decided to close the ‘South-Eastern’ boiler house.

One more reason for the town to stop functioning of its boiler house was the fact that most of the buildings heated by it are private buildings. Heat spent per one square metre is several times higher than in multi-apartment buildings. And the old boiler house and heat distribution networks increased the losses.

Hence, within the Covenant of Mayors framework, the buildings of the South-Eastern microdistrict were connected to other, more modern boiler houses, when more effective heat pipelines were built. Thus, the whole town’s heat supply system started working more efficiently. The large red building in the southern suburbs of the town is waiting for its new owner.

In parallel with the closure of the ‘South-Eastern’ boiler house refurbishment of heat pipelines was launched in Tsentralnyi district of Novovolynsk. All in all, over 2 kilometres of pipes were replaced or reconstructed.

– The latest works with heat pipelines were conducted on December 21-22. The heating season was in full swing. We switched off heat in buildings for several hours in the daytime while people were at work. But nobody complained. Everybody understood that this refurbishment is for their sake, – says Oleksandr Hromyk.

According to the deputy town mayor, now the buildings connected to the new grid get more heat since there are no energy losses on its way from the boiler house. At the same time, they are secured against sudden heating cuts. High-quality pipelines secure stable heat.

Calculations made by Novovolynsk Town Council show that such refurbishment allows the town to save 757 MWh p.a. Or a million UAH.

From the highest to the lowest heat losses 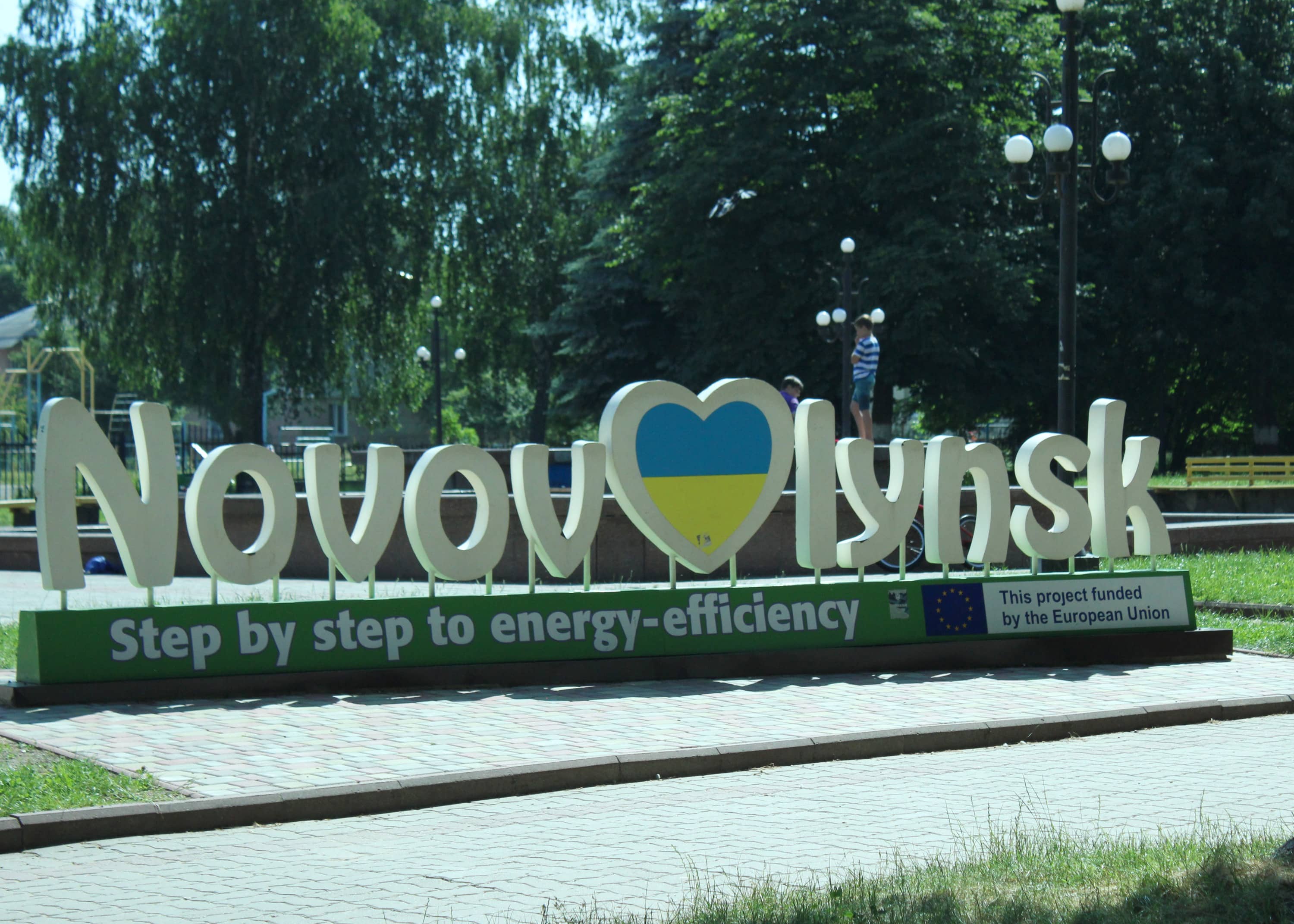 – Let’s go with me to the second floor. I will show you something’ – says the headmaster of Novovolynsk school No. 7 Serhiy Trofymchuk when he sees Oleksandr Hromyk.

On the highest storey of the institution he stops in front of the heating pipes going under the windows. Already during their installation the workers understood that additional protection should be made for them. For children not to damage the pipes by some accident. The school headmaster asks the deputy town mayor to find money to solve the problem.

Oleksandr Hromyk makes a joke that such things happen every time when he comes to check the works connected with thermal refurbishment of school No. 7. But the town authorities have so far managed to avoid additional costs at the facility. Though permanent identification of new project needs postpones its completion every time.

– The firm that first won the tender declared its readiness to perform all the works. But it turned out later that they could not meet all technical requirements. So we spent one more year on the development of new design and estimate documents. And only then had a tender, – Oleksandr Hromyk explains the delay.

Besides that, some other drawbacks in the school construction, that had not been taken into account in the first refurbishment design version, constituted an impediment. For example, it turned out that window frames in school are of different sizes. To buy new double glazed units of the same sample, they had to be levelled. Also, the wall of the school gallery on the first floor became a problem: it appeared to be unstable; it was necessary to reinforce the structure before starting insulation works.

School No. 7 was to undergo refurbishment by the end of 2017. Serhiy Trofymchuk says that the contractor is working intensively to finish the works by September this year.

This school was selected for participation in the project from among other municipality-owned premises. Since energy monitoring showed that it is in this building that energy losses are the highest.

Hence, under the project, in Novovolynsk school No. 7 modern ventilation is to be installed, lighting is to be replaced as well as all windows, walls are to be insulated, a new heating system and an individual heating unit are to be installed. All these measures together will provide an opportunity for the school to save 945 MWh of energy p.a. That is twice less than the institution consumed earlier.

Also, due to refurbishment, the school will get an opportunity to independently generate energy. Thus, on its roof solar collectors were installed to heat water for the whole premises.

– Sometimes I keep emotionally saying that this refurbishment has brought about numerous problems: delays in repairs, now we need to think it over how to furnish the territory around. But that is an undoubted benefit for the school. We used to replace two-three windows in classes – and already feel more heat. And how warm it will be here now, – Serhiy Trofymchuk says that so far no such large-scale repairs in a public institution have even been made in Novovolynsk.

The director is glad that his school was selected for participation in the contest. Since the institution alone would never have found money for such large-scale works. 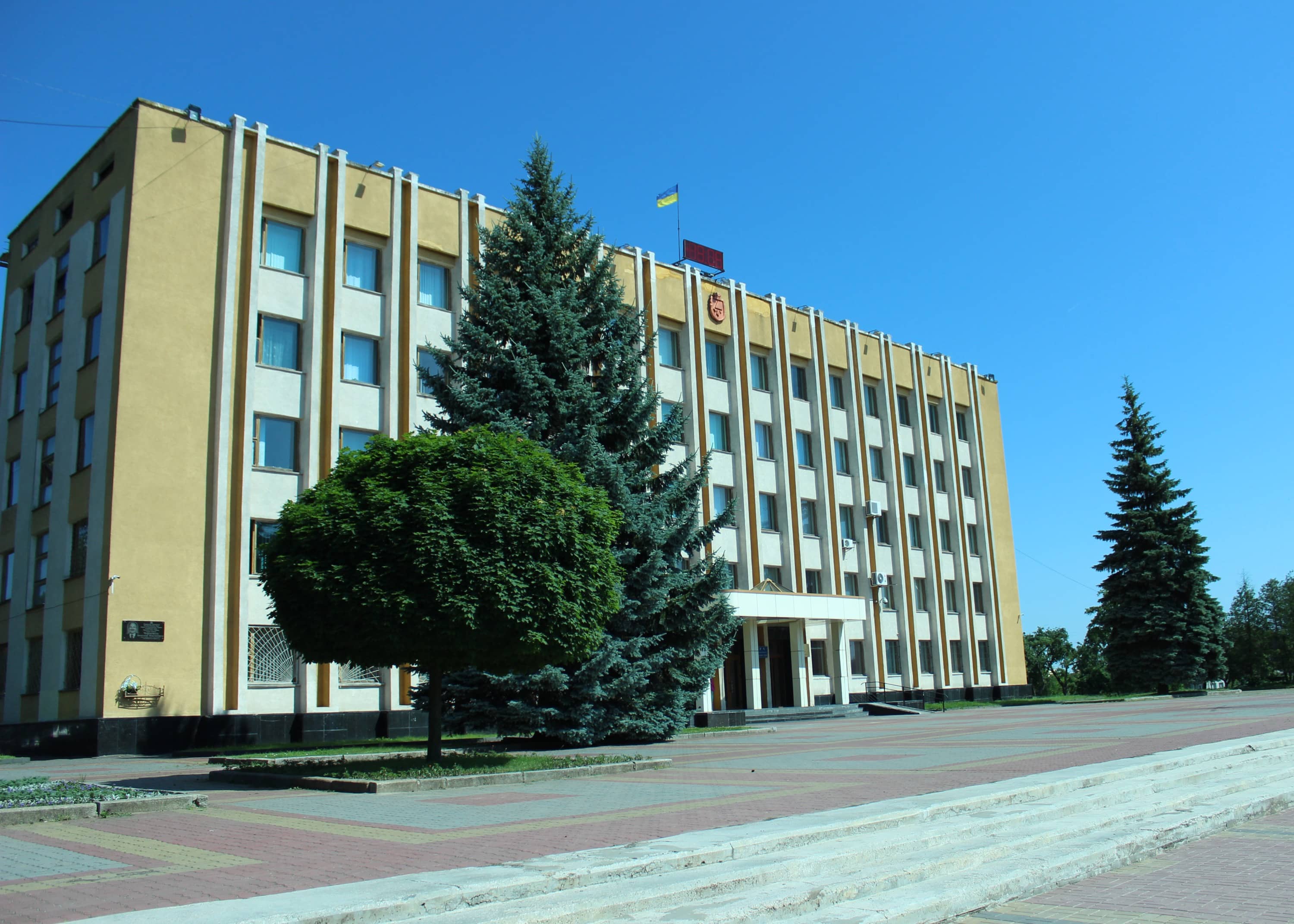 Demonstration projects now implemented in Novovolynsk have a joint name ‘The first step in transition to renewable energies. Novovolynsk’. The changes implemented are significant for the town. But they stand just for the beginning of transition of its community to economical and conscious energy consumption and use of alternative sources of energy.

– Waste recycling plant should be the next step. We have been long dreaming of it. Several years ago there was a specific investor intending to do it. But the project was not brought into life, – Oleksandr Hromyk says that now the town authorities have found another investor interested in the establishment of such plant in Novovolynsk.

Besides this project, the town authorities intend to take other energy refurbishment steps. Soon they will insulate one more school and kindergarten where heat losses are significant. They will have energy audit of other schools. This will help identify new institutions requiring energy refurbishment.

Most boiler houses of the town already have installed boilers for solid fuel which is more environmentally-friendly than natural gas and coal. But the town does not yet have a unified e-system of energy consumption monitoring. Its installation and replacement of 30% of heat pipelines which still remain non-refurbished are on the agenda of Novovolynsk authorities.

Deputy town mayor adds that the demonstration project of the Covenant of Mayors in Novovolynsk has an additional goal – to make clear for the town residents the real benefits of energy refurbishment through visual examples. The town authorities are encouraging the residents of Novovolynsk by all means to switch to autonomous heating and to insulate their apartments.